Over the last few weeks, we have been analysing and interpreting Tim’s story of migration, and today we go to ask him some questions about it.

Tim’s story is about finding his identity and his birth mother.  He migrated from Canada, and now he lives in Norwich.  He speaks with a Canadian accent.

We found out that he has moved 11 or 12 times. He started in Canada and then he started moving around Canada, then to Leeds to London to Norwich. We looked at Canada on Google Maps. Until he was a teenager, he didn’t know what being adopted meant, even though he was told when he was a child. It took him 5 years to find his birth mother from when he decided to start looking.

He wrote his story as prose poetry so he used words like ‘the land of ice and snow’ instead of Canada. Rosemary said “It was really poetic, and the end really caught us”. He said that when he was writing a story about his life, the emotions came out as he was writing it.

His story is an ongoing story, and he said that as things keep happening the story will go on too. 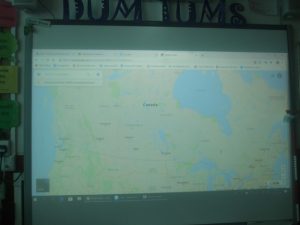 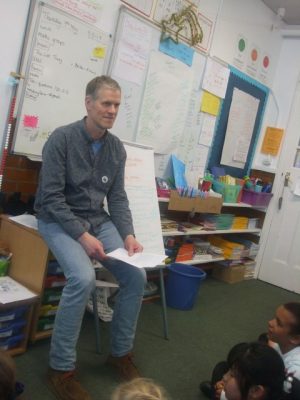