Come with me to Caistor, to see the Roman town

Although it’s very quiet, there’s history all around

Lets catch the boar to Norvic, to where the crossroads meet.

This week we have been looking at verse one of our ‘Come you in’ song. We have researched Caistor St Edmunds and learnt about Celts and Romans. 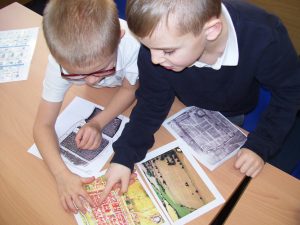 We compared Roman and Celtic houses and thought about how Norfolk changed when the Romans came. 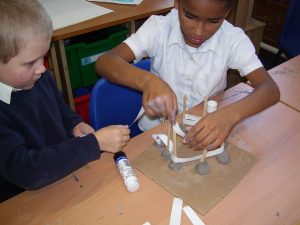 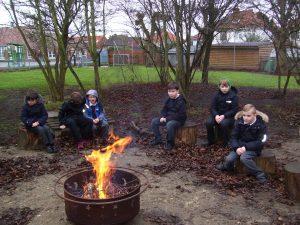 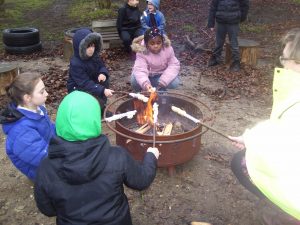 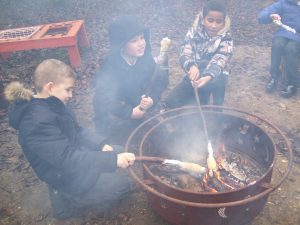 We have also been working on team building skills. We had to communicate carefully to lift the hoop together with one finger. 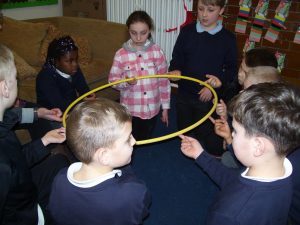 I really liked cooking the bread on the fire because it was really warm. (LE)

I was really excited to be cooking on a fire. I have never done it before (MH)

We made round houses using lollipop sticks. We weaved paper in and out of the sticks like the Celts. (JB)

I liked when we were making the walls for our Celt houses. I liked weaving in and out of the lolly sticks. (ZW)

I learnt about Bouddica, she was the Queen of the Iceni. When the Romans came they made peace with them. Then the king died and the Romans demanded their land. Bouddica wouldn’t let them and she got beaten and her daughters got beaten. She didn’t want a war as it would hurt her people. The Iceni fought the Romans 3 times and won. In the final battle they had 10 times more people than the Romans but they were not properly trained and the Romans won. Bouddica got caught and she didn’t want to be a laughing stock so she drank poison. (LE, MH and JE)

I have really enjoyed ‘sitting still like a frog’ it is my favourite thing to do. (DV)

I really enjoyed doing PE on Monday with the Sports Factory. (ZW)