This week we have been soooooo busy continuing to work as historians.  We have looked at primary and secondary sources to learn more about what things the Romans brought to England.

We tasted a selection of foods that would have been new to Britain. A number of us tried foods that we had never tried before.

MH – my favourite thing was when we had the Roman feast.

LE- We were tasting the foods the Romans would have had and we tasted food that we wouldn’t normally have liked when we were younger. 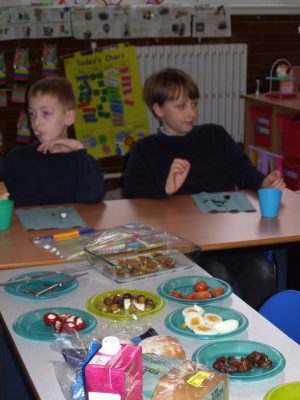 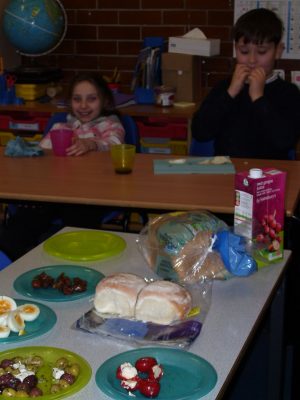 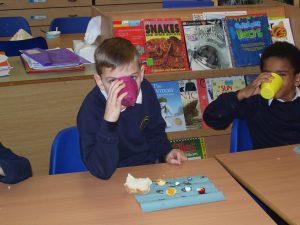 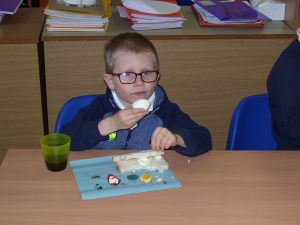 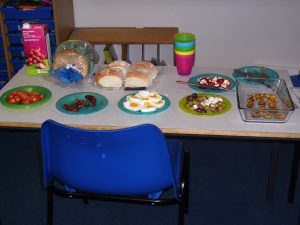 We visited Caistor St Edmund which is the site of an Roman town.

NK – My favourite thing was going to Caistor St Edmund. I enjoyed walking around the walls of the Roman town. We used an app on an ipad to show us where the town was and what the buildings were like. 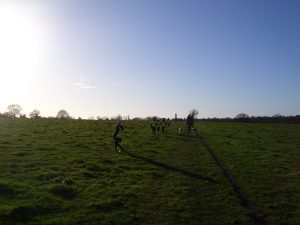 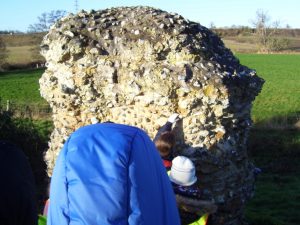 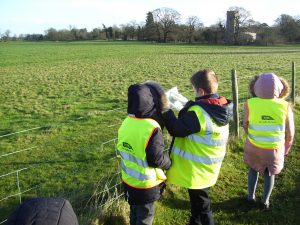 JB – I liked finishing the round houses. We stuck match sticks to the paper to make a roof.

We looked at Roman mosaics that gave us information about what the Romans did for fun. We watched a recreation of a chariot race and we watch a gladiator recreation. 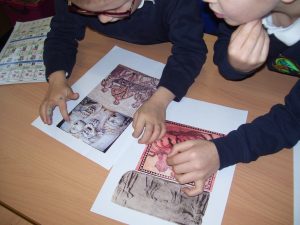 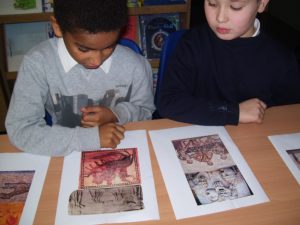 JE – We learnt what Roman children would have played with. We played marbles, a game like jacks and a board game called Tabula. My favourite was marbles. 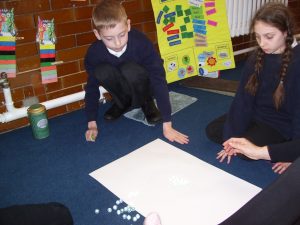 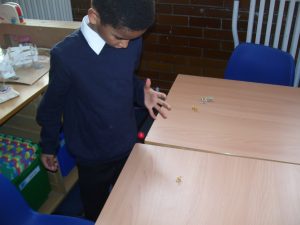 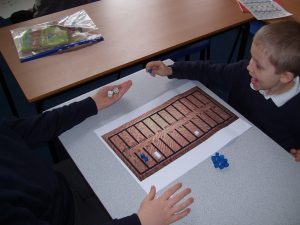 ZW – I liked learning about sports, toys and food.

What did the Romans do for us??

We looked at Roman inventions such as roads and concrete and we looked at words that we get from Latin.

ZW – We looked at what the Romans invented and brought to Britain. We put the pictures in order of what we thought was most important. 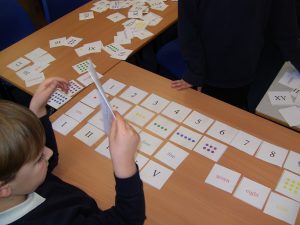 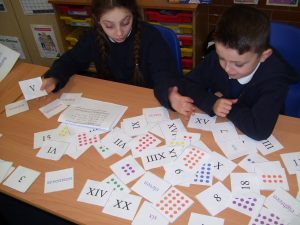 We learnt about Roman numerals and ordered them and matched them with our numbers.

We listened to Peter and the Wolf.  A piece of music where different animals are represented by different intstruments. The music helped tell the story and we could imagine what was happening. We then listened to 2 pieces of music and painted what we could hear and the emotinon the music made us feel. 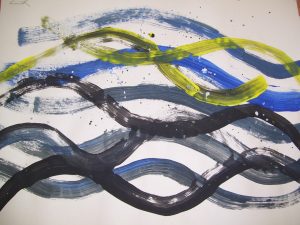 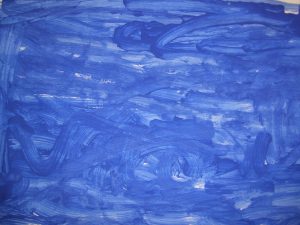 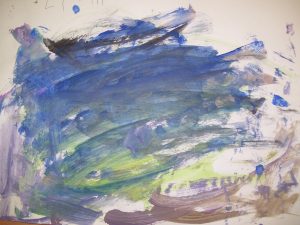 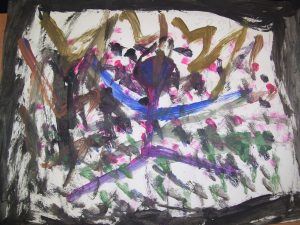 This week in choosing time we used a construction toy and invented our own toys and created a game to battle each other. 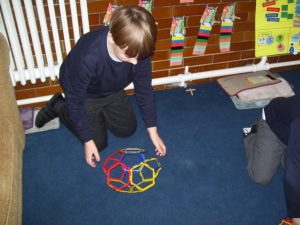 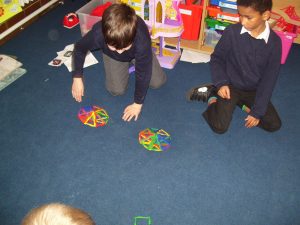