Today, Nelson and Armes class met an historian, called Karen, that works in the Norfolk Records Office. She came to do some activities with us about Strangers and the history of Norfolk.

First, we were given half of a fact and had to find the other half. When they Strangers were in Norwich, if someone had a job, they’d have a piece of paper which they cut in half and gave half to the apprentice. This meant that if someone said they had a different job then they could prove it was not true by uniting the halves together. We also found out that in countries around the world, there are 15,000 people missing from their homes.

Next, we looked at a timeline from the 1500s to now. All of the stripes on the timeline were wars – there were lots of conflicts! Lots of refugees from different countries – including Belgium, Poland, France, Holland, Hungary and Spain – had come to Norwich to escape persecution. The Strangers came over because there was a civil war which is where people fight against people in their country. We even found a photo of the old writing we were analysing and interpreting the day before!

The next thing we looked at was a letter from one of the Strangers. We found out that the Norwich people were nice – they were loving and friendly. Also, in Norwich they were eating pig fat instead of butter (until the Strangers came!)

Last of all, we looked at an inventory of the things that a rich lady who lived in Norwich in the 1590s had in her house when she died. It was 4m and 48cm long! We had to do some paeleography, which is trying to interpret Tudor writing (Latin). When she died, she had a chamber pot, 18 turkeys (which cost 18 shillings) and 18 ducks (which cost 6 shillings), a bed, dogirons (a thing that holds wood while the fire is burning), and a black velvet gown. 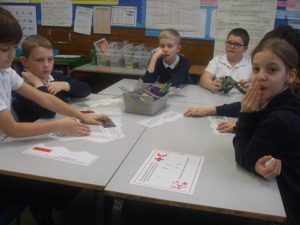 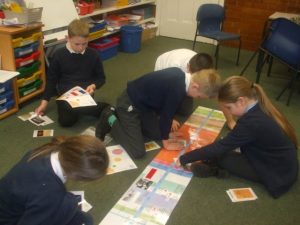 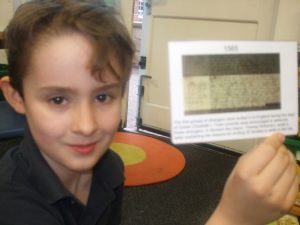 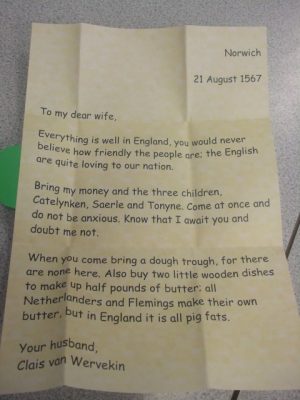 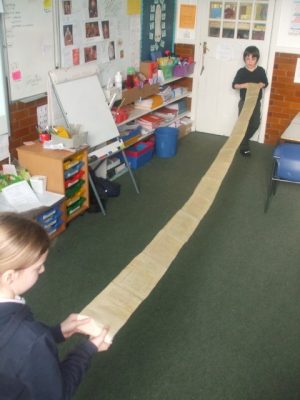 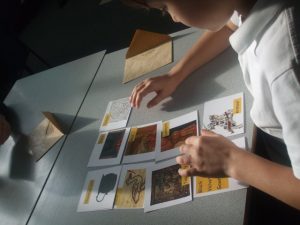